As stated in the comments, I've not been feeling well for the past 10 days or so, so not much done related to coding/testing. I'm starting to feel better, so I'll be able to post screenshots of really new stuff, and not from the 1.5 months old 3D core :P

Anyway, as promised on comments, here are some screenshots (last two ones are personal choice, I just loved how the game looks): 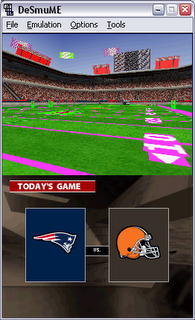 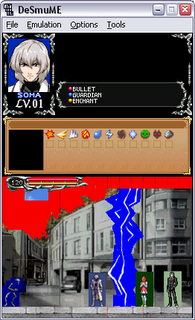 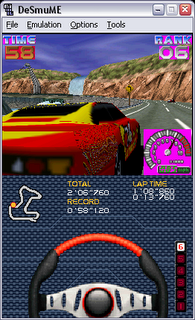 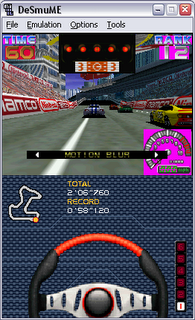 As you can see, blending it's still not fixed: I don't know if I'll ever fix it in the current renderer, I've to rewrite some stuff from scratch, and that should fix almost all blending problems :)
Posted by shash at 7:37 AM 8 comments:

I've not done much related to DS emulation, besides some profiling and considering where to go from here. I'm really concerned about some tidbits of the current state of DS emulation in desmume. Mainly, I want to do some really hardcore cpu core rewrite to gain some speed, and moving the whole 3D renderer to software, instead of using opengl, as it is used now. I've already written a few software renderers in the past, and I even started one (designed to be used in desmume) about a month ago, but I haven't got the time, neither the motivation needed for such a feat, mot to mention rewriting half of the cpu core for speed: at least, not now :P

Today I just implemented a hacky way to support "flipped repeat textures", which consumes more memory than desired (even if only 1-2mb) and cpu, but works :P It's visible (or not, as now it's rendering as desired) in the sand path in the 3rd shot, which is using it. Most of my time today, was spent testing Mario DS, up to the first stage, but I didn't make any proper shots: it seems pretty stable, even if it could be better. Anyway, some shots: 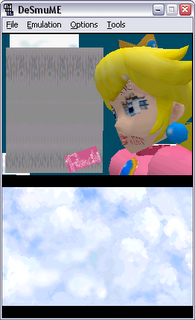 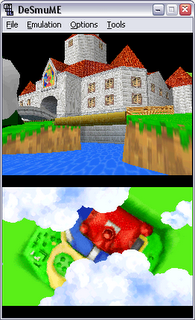 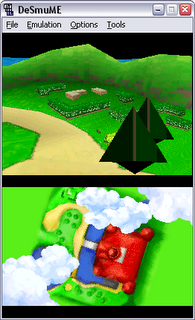